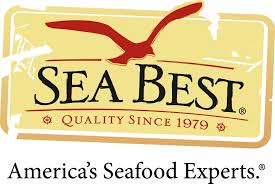 On March 21st in Hemming Park, GastroFest has some great Chefs lined up on the Sea Best Cooking Demo Stage! Special thanks to Sea Best, The Jacksonville Farmers Market, Conscious Eats and D’Land Productions!

Chef Howard moved from Spain to the United States during his early teens, taking the knowledge passed on to him by his Uncle and learning still more from his own mother.

When he was twenty-one he began traveling around Europe visiting Austria, the Netherlands, Germany and Italy. He trained in various kitchens, learning how to make sausage from scratch and tasting as many types of cuisine as he could. When he wasn’t cooking or eating, he was trying to get in the back door of European kitchens at restaurants where locals, not tourists, would eat.

While living in Munich, he trained with Chef Sergio Giancarlo, who was born in Sardina but grew up in Tuscany. It was from Chef Sergio that he learned to cook his celebrated Roman Gnocci, something that you’ll find on Chef Howard’s 13 Gypsies menu.

Jeffrey Spear is the President and Owner of Studio Spear, a leading global marketing consultancy operating from the beach in Jacksonville, Florida. With client engagements on every continent except Antarctica, Spear applies his strategic and creative skills to a variety of branding and growth-oriented activities, primarily in food manufacturing and foodservice industries, catering to both consumer and trade audiences. On a culinary note, Spear has obtained training from professional cooking schools in Australia and the United States . He is the author of two cookbooks “Yum: Tasty Recipes from Culinary Greats” and “The First Coast Heritage Cookbook.” His third cookbook is now in development. Spear currently lives at the beach in Jacksonville and enjoys the natural beauty that northeast Florida has to offer.

Chef Amadeus’ love for food was cultivated by his Puerto Rican grandmother and Philadelphia-born mother. As a child, he spent countless hours in the kitchen with the two women where he learned to create delicious, home-cooked meals—a passion that drives the Sessions with Chef Amadeus cooking and dining experiences.

Chef Amadeus uses his own blend of salt free spices called SOUTHERN PASSION to season his creative, visually appealing and taste tantalizing dishes in a style he dubs “world fusion.”

Born in Uganda and raised in London, England, her interest in the culinary world began at an early age, as she helped her mom and sisters in the kitchen.

Chef Ashley Amin has the distinction of having cooked for the Dalai Lama, among other celebrities and VIPs. Locally her banana curry has won awards and she was named “Top Indian Chef” when she was in San Diego. Today she’s the chef and co-owner of the local  Fusion Food Truck. Fusion delivers a mix of Indian, Thai and Mediterranean dishes.

Florence Haridan, a life long foodie, is the Executive Director of Character Counts in Jacksonville, the parent NGO/Nonprofit of Conscious Eats. Florence currently serves as the culinary lead. Her training as a business coach and experience as a design leader have inspired her to step into the world of social entrepreneurship. She is bringing her love of food to life by helping others learn about food, too! She has led teams for Citibank, AT&T and McCann Erikson. Her respect for the creative process fuels the approach Conscious Eats takes to not only develop awesome food, but nurture a team that is responsible and community focused.

If you support GastroFest, check out the perks we have to thank you with if you  donate on indiegogo! We’ve gathered rewards on the GastroFest Indiegogo from supporters and enthusiasts around Jacksonville.  If you love Jacksonville’s food scene and you want to see it grow, you can contribute and maybe even cross some gifts off your

GastroJax is helping to host the Farm to San Marco Dinner on October 25th.Tickets are going quickly, as there are some great chefs, local craft beverages and food artisans, as well as local farms! San Marco Preservation Society brings this Farm to Table San Marco experience to life. All proceeds from this five-course dinner benefit North Florida School of

GastroJax and Restaurant Orsay have teamed up for Decadent Duval on August 27 at 7:30 pm. Join us for a lavish seven-course French dinner with Duval flair, full of fresh local ingredients, heirloom vegetables, truffles, exotic mushrooms and expertly paired wine. Vegans can choose a separate but equally lavish menu. See the two menu options below.

Gastrofest loves local beer. Whether or not you like beer, we feel it is worth understanding the importance of local craft breweries to our community and local economy. In just six years, Jacksonville has seen six craft breweries open and flourish. Several of which have expanded or opened new locations. These breweries are not only